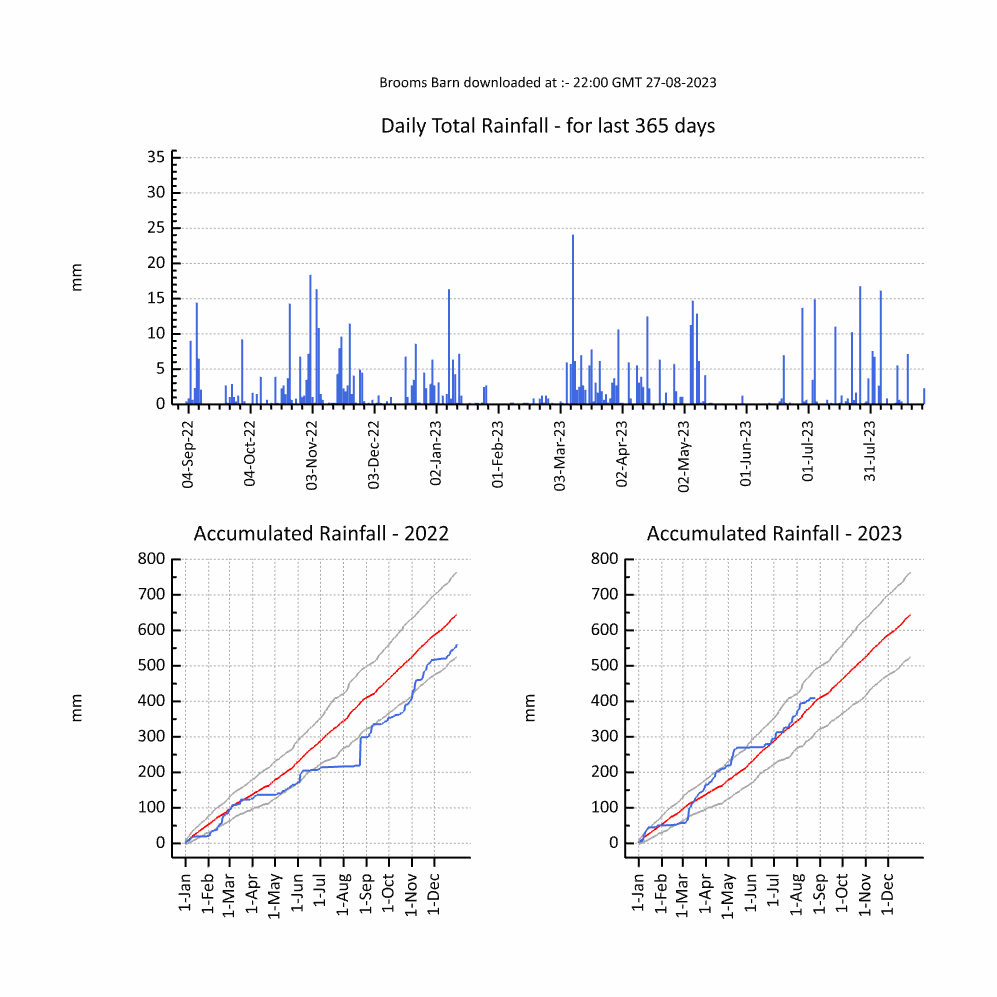 * The thirty year mean (1981 to 2010) for rainfall should be used only for guidance. This is due to the fact that rainfall during this 30 year period was measured by two differing rain gauges at the Woburn Met Station (see main Brooms Barn Weather Charts page).