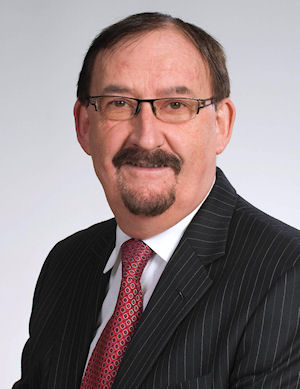 After four years as Director and Chief Executive of Rothamsted Research, Professor Maurice Moloney will be departing in December, to take a new post as Group Executive, Food, Health and Life Science Industries for the Commonwealth Scientific and Industrial Research Organisation (CSIRO) from December 2013.

Professor Moloney said “Leaving Rothamsted will be very hard for me. I truly love the place. The UK is now moving in a positive direction on agricultural biotechnology and food security research has received priority status. This has made this decision even harder”.

Professor Moloney took the reins at Rothamsted in late 2009, formally taking on his duties in April 2010. During this period he has successfully restructured the organisation through a new scientific strategy published in 2011.

Following the formation of the coalition Government in 2010 and the refocused drive on economic growth, Professor Moloney has positioned Rothamsted to be a major contributor to this goal. He has responded to Government calls for scientific researchers to partner more closely with the agri-technology industry through successfully negotiating key partnerships with a number of SMEs in the sector as well a multi-million pound research partnership with Syngenta. In addition to this, Professor Moloney has also expanded and diversified public funding sources for Rothamsted, which receives strategic funding from BBSRC including several large awards from the European Union.  Overall, this has doubled the strategic investment by BBSRC and moved the Institute from a small deficit position in 2010 to one that will ensure stability and the Institute’s future growth.
Our successful strategy has attracted new world class talent to join Rothamsted, and has helped to build strong collaborations with top researchers, nationally and internationally. This has also attracted further BBSRC infrastructure investment including the development of the exciting new BBSRC-funded National Capability, the North Wyke Farm Platform, to address key issues in sustainable agriculture and more recently a further £11M for new building projects including the industry collaboration hub and a new conference centre at the Harpenden site.

Professor Moloney said “Although this move is a little earlier than I anticipated, it is consistent with my view that four to five years is about the right length of time for a Director or Chief executive to run a big organisation”.  He added “overall, I believe that the Institute is in a much stronger position than it was when I arrived and it has momentum, direction and a strong identity”.

Professor Doug Kell, Chief Executive of BBSRC praised Professor Moloney, adding: “Maurice has made huge contributions to UK bioscience over the last four years, not only for Rothamsted Research but for the wider BBSRC and scientific community. Thanks to his leadership, the profile and impact of the Institute’s excellent research has been greatly enhanced. Maurice recognised the value of Rothamsted’s research – not only for improving our knowledge but also for delivering economic and social benefits for the UK – and built on this for the benefit of the Institute with exceptional results.  This has ensured an excellent future for Rothamsted Research and for UK agri-science. We wish Maurice the best in his new role and UK bioscience is indebted to him.”

Professor Moloney will now be joining an organisation with a successful history itself as one of the largest and most diverse research agencies in the world. Recent CSIRO and partner research highlights from the Food, Health and Life Science Industries Group include the development of the first commercial vaccine for a bio-safety level-4 disease agent, a novel feed additive for aquaculture that increases the growth rate of farmed prawns by 30 per cent and a salt-tolerant variety of durum wheat that outperforms other varieties by 25 per cent on salty soils. CSIRO researchers and their partners have also recently identified early signs of Alzheimer’s disease and corresponding blood biomarkers, which could in future form the basis for a blood test for the disease. As Group Executive, Food, Health and Life Science Industries, Professor Moloney will be responsible for CSIRO’s life science portfolio including the Divisions of Plant Industry and Animal, Food and Health Sciences, and the Preventative Health, Food Futures, Sustainable Agriculture and Biosecurity National Research Flagships.

CSIRO already has strong linkages with Rothamsted and other Institutes strategically funded by BBSRC.  Professor Moloney intends to strengthen those linkages and to continue the initiatives that have been started at Rothamsted including our common interests in implementing the best and most appropriate agricultural (bio)technologies available to meet the international challenges of food security and environmental sustainability.

Between now and the end of the year, the Rothamsted Executive team are committed to a series of important milestones in the delivery of its science. Professor Moloney will remain fully engaged in ensuring their achievement until his last day at the Institute. He noted: “We have made great strides in the last 4 years, but there is still much more to be done”.

About CSIRO CSIRO is the national science agency of Australia and has been pushing the edge of what is possible for more than 85 years. Today, the organisation has close to 6500 people working out of 58 centres in Australia and internationally. These people work closely with industry and communities to leave a lasting legacy across five broad areas: food, health and life science industries; energy; environment; information and communications; and manufacturing, materials and minerals. For more information please visit www.csiro.au

International group of leading scientists suggest goal is unattainable in many situations, but still good for improving soil quality.

Study marks a controversial stand in a lively, ongoing debate about the sustainability of biomass derived from forests.

BBSRC invests £50.9M in support of excellent agricultural science at Rothamsted Research to address grand challenges faced by farmers and society for the sustainability of food production and the environment.

Rothamsted Research and the NFU convened a workshop identifying the key areas of focus in order to have a world leading agriscience sector in the UK after Brexit.

We are the longest running agricultural research station in the world, providing cutting-edge science and innovation for over 170 years. Our mission is to deliver the knowledge and new practices to increase crop productivity and quality and to develop environmentally sustainable solutions for food and energy production.

Our strength lies in the integrated, multidisciplinary approach to research in plant, insect and soil science.
Rothamsted Research is strategically funded by the Biotechnology and Biological Sciences Research Council (BBSRC).

BBSRC invests in world-class bioscience research and training on behalf of the UK public. Our aim is to further scientific knowledge, to promote economic growth, wealth and job creation and to improve quality of life in the UK and beyond.

Funded by Government, BBSRC invested £473M in world-class bioscience, people and research infrastructure in 2015-16. We support research and training in universities and strategically funded institutes. BBSRC research and the people we fund are helping society to meet major challenges, including food security, green energy and healthier, longer lives. Our investments underpin important UK economic sectors, such as farming, food, industrial biotechnology and pharmaceuticals.